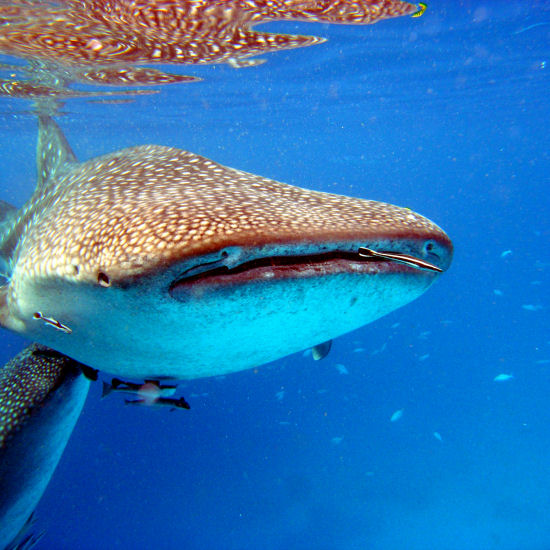 If you ask most divers to choose between fresh water diving and tropical diving, we’re sure that the majority of divers would pick tropical diving fins down; you have beautiful reefs, colorful fish, large Pelagics, and endless warm tropical destinations to choose from. We think that your first thought of freshwater diving should also be just as exciting and interesting as your saltwater choices; freshwater dive sites complete with stalactites and stalagmites. Perhaps you would like some clear water dive sites with fossils, human bones, ancient Mayan artifacts, some sites with freshwater fish, some with tropical fish, some with overhanging gardens, and some sites with amazing caverns and caves to explore depending on your certification level. You can see how now the choice between freshwater diving and tropical diving gets a little tougher to make, but to avoid making a decision, we recommend that you visit the Riviera Maya where you can combine and do both types of diving while on a single memorable dive vacation.

Before we get into mentioning some of the most popular dive sites we thought we should mention just exactly where the Riviera Maya is located. It’s in the Mexican state of Quintana Roo along the Caribbean waterfront just south of Cancun from Playa del Carmen, through Akumal, and down to Tulum. You can take a bus, shuttle bus, or private car from Cancun and be down to Tulum in around two and a half hours. So even going down to the far end really isn’t all that far, but it does include glimpses of over a thousand years of Mayan history. On the way down you have to pass several sleepy little towns along the coast lines and you are never too far from one of the thousands of life sustaining fresh water wells in this part of Mexico. Probably some of the best saltwater activities on the Maya Riviera include snorkeling with the migrating whale sharks from May thru July near Playa del Carmen at dive sites such as Chun Zumbul. Sure, there are scattered small reef outcrops in a field of sand suitable for stingrays and small reef creature, but when the whale sharks hit the area, all eyes are on them. These gentle giants tolerate the antics of bubble blowing tourists with amazing seasonal regularity. The next biggest event comes when the waters turn slightly colder in the winter time and bull sharks put on a show at selected dive locations. Many of the sites have a sand substrate, but the dive sites may have pinnacles, arches (Los Arcos), swim throughs, caves and caverns that make each dive site unique and worth visiting. Pared Verde the most well known wall dive is a step down a sand embankment and gives rise to a wall dive from 70ft to 100ft (21-31m) before becoming a sand plain once again.  The wall is home to multitudes sponges, corals, invertebrates, assorted domestic small fish as well as occasional passing large pelagics. Most of the dive sites are less than 100ft (31m) deep and average 100ft (31m), but some sites like Tortugas named after all the local turtle sightings, can drop down to 130ft (140m). If you want to see schools of sabalos, (spanish for tarpon), and a small cavern, we recommend the dive site called Sabalos. For wreck divers, there is the former shrimp boat Mama Viña that was sunk on purpose in 1995 and is now home to soft and hard corals, schools of fish and occasional passing sharks, eagle rays, sailfish, and other pelagic fish.

There are several dive sites all the way down to Tulum and sites like Stingray have interesting pinnacles, but you need dive a mere 25ft (8m) to view the pinnacles and the sea life around them as well as the stingrays that gave the site its name. There are also swim throughs at Cuevitas at 10m (33ft) with lots of hard corals, and lots of fish to view at Piscina (Pool), Tank Ha Deep, and Dreams. We should also mention that a lot of these dives are drift dives due to the north flowing currents and some of the currents are stronger at some sites than at other sites depending on the time of year. There are more than 40 some dive sites along the Riviera Maya that are part of the second largest reef system in the world, but for many divers the real reason to dive the Maya Riviera is to dive the freshwater cenotes. This entire region of Mexico was formed out of limestone that once stood way above sea level when the sea level was some 300ft lower during the last ice age. Rain water seeped through the landscape and dissolved through the porous limestone with a little help from the formation of small amounts of carbonic acid. Great underground fissures and/or circular holes were slowly over time carved deep into the limestone and later stalactites and stalagmites tried to fill these new voids. Some of the fissures connected the eroded cavities to each other and essentially became underground streams and rivers that eventually drained out into the open ocean. Some thousands of these hollowed out cavities could no longer support their overhead roof structures and caved in forming pools of fresh water across an expanse of otherwise dry appearing landscape. To the Mayans these pools were sacred wells on many levels and they also believed that located at the bottoms of these pools were the gateways to where the underground gods resided. Mayans performed human sacrifices in some of the pools and in others left pottery, jewelry, gold, jade, obsidian, cloth, and other precious items as offerings to the gods. Fossils of earlier animals round out the picture and make each cenote entered by divers a very unique and one of a kind experience.

Of course the problem with cenotes is that once you dive one, you may feel compelled  to dive others. You also might like going where few divers have gone before.  It starts out simple enough by going on a guided dive to Dos Ojos and seeing interesting shapes of stalactites and stalagmites, next you find yourself swimming through the Casa Cenote that leads to a river and the sea beyond meaning that sometimes you will come face to face with freshwater fish and with tropical fish such as tarpons at other times. You also might even get a chance to swim near manatees. Next you might want to try the Gran Cenote which is famous for its easy entrance and endless white colored passageways or try Calavera with fossils, artifacts and a halo cline at 50ft (15m) of depth. Angelita is popular with tech divers as you can pass through a sulfur cloud at 90ft (28m). There of course are many other well known cenotes, but depending where you are staying may determine what other cenotes you may wish to explore. Now you would think that with all this diving that there would be little time for anything else, but it turns out that besides all the sacred wells, the Mayans also left the ruins of three nearby major cities and temples to explore. Tulum, Coba, and Chichen Itza are all in easy reach of the Riviera Maya. The ruins of Tulum sit right on the cliffs some 13m (39ft) above the adjacent ocean. Inland, Coba has a 138ft (42m) tall pyramid to view, and of course Chichen Itza has an entire city built over many time periods and is surrounded by four main cenotes. These once vast cities all but disappeared and were covered by the surrounding jungles soon after the Spanish appeared.  The Spanish soldiers and explorers were quick to collect, under pain of death, any gold and other valuables and in exchange they brought forth salvation thru religion, colds, and viruses. Unfortunately this unforeseen exchange, not to mention periods of excessive drought, decimated the Mayan population, destroyed their culture, and put an end to the ancient Mayan way of life. On the positive side, the Mayans were such great engineers, mathematicians, astronomers, architects, and artists, that we know much about them from their sculptures, artifacts, temples, and cities that still stand after so much elapsed time. So you see, you get more than two types of diving when you explore the Riviera Maya and there is so much more than mere saltwater and freshwater diving to do on the Quintana Roo Peninsula. You can be a professional beach bum and rest in a chair while watching the tides come in and out, or you can seize the opportunity of a lifetime and explore the ancient Mayan world as a novice archaeologist. Perhaps the overall point we are trying to make here is that there are not a plethora of destinations in the world where the option to visit and dive in sacred cenotes and scuba dive in saltwater can be combined so many ways and then forged into one simply spectacular as well as historical dive adventure.